GIVEAWAY (US/CAN): Dance in Shadow and Whisper by Sarah Godfrey and Victoria DeRubeis Kali unexpectedly discovers on her first day of human high school that she’s forbidden to eat or partake of the toilet during class time, the assigned history and species books look best on the shelves of popular fiction, and the boy she’s watching over is definitely a reincarnated war lord.

All Yuuhi sees in Jason is the typical scrawny, socially inept emo kid dressed in conflicting shades of black. But Kali sees that Jason’s shadow is bigger than he is, and if the powers of Yuuhi’s people find out, Jason won’t be human much longer.

The desire to protect him from an unexpected visitor brings out her most dangerous sides. Something’s changing in her, something she can’t control, and she’s not afraid of Jason mutating into a creature of the shadows more than she’s afraid she’s becoming something even worse.

And the highest powers will be watching her.

THIS IS WHAT THE WINNER WILL GET!!! 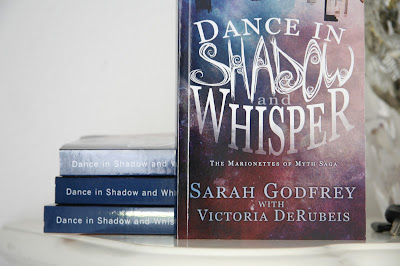 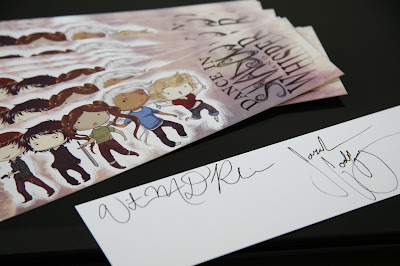 Sorry, the giveaway is for US and Canada residents only... But those who enter, I always give the same advice! May be the odds be ever in your favour...

a Rafflecopter giveaway
Posted by Unknown at 7:13 AM

Email ThisBlogThis!Share to TwitterShare to FacebookShare to Pinterest
Labels: giveaways