As always, there's a giveaway waiting for you at the end so you really should read the interview, and treat the giveaway as a treat.

1.     Your first book, Sekret was set in Russia during the Cold War. Why did you choose such a time and not others, like World War II?

I always think of 1960s as the height of both the Cold War and espionage-chic, both for the political climate then and the pop cultural impact of spies and Cold War rivalry. In 1963, when Sekret begins, the Berlin Wall has gone up and the United States and Soviet Union have just come dangerously close to nuclear war in the Cuban Missile Crisis. The dollar and ruble were of equal value; Russia had gotten several “firsts” in the space race. I loved infusing my characters’ daily lives with that sense of fear and uncertainty—that any moment or misstep could be the tipping point between the two sides.

2.     How did you come up with the different psychic abilities for the characters in the book?

I really wanted the psychic spywork to feel like a team effort, playing to everyone’s different strengths, with certain types of psychics being able to sense things that others couldn’t. Remote viewing, the ability to psychically “see” into a different part of the world, is what the DoD’s STARGATE program was allegedly trying to develop, but I wanted psychics who could glimpse the future, or glimpse the past as well. And if one person on the team couldn’t verify what another was saying, then I loved the chance for that to add to their mistrust of each other!

Ooh, that’s tough! Reading someone else’s thoughts without their knowledge—or even changing their thoughts—sounds way too creepy to me, and I’m not sure it would be comforting to know the future. Maybe remote viewing—I’d love to be able to travel to exotic locations without leaving home.

4. What do you think is the essential ingredient in producing a good book?

I think the author has to be passionate about their story, but not be so blinded by that passion that they can’t bring themselves to tear it apart and put it back together again. That passion will seep into the research they do, the worldbuilding, the care in telling the best possible story that they can.

5.     What book do you think everyone must absolutely read, or they'll miss out on something awesome?

Gosh, so many! Seraphina and the Graceling series are my go-tos for awesome fantasy. I’m absolutely entranced by The Raven Boys books, and the Cahill Witch Chronicles (Born Wicked is book one). There’s a fantastic YA historical coming out at the end of September, Lies We Tell Ourselves, that I think is going to destroy readers in the best way possible. Really excited for everyone to read it.

I’d love it! My dreamcast would probably include Tatiana Maslany as Yulia and Sebastian Stan as Valentin, but it’d be a huge honor to see anyone bring my characters to life. I always envisioned a sharp contrast between the dirty snow-packed grays of 1960s Moscow and the vivid colors when the psychics read minds or read the past/future. Music plays a major role in Sekretas well, from Shostakovich to the Beatles, so I think it would need to be woven in.

7.     What writing advice would you give to aspiring writers?

Keep reading voraciously, but think critically about what you’re reading—how the story unfolds, how sentences and scenes are crafted, how secrets are divulged. There will always be a disconnect between how something plays out in your head and how it turns out on the page, but keep fighting to reconcile the two. Every word you write teaches you something, so don’t be afraid to write the wrong one. And write a story you believe in—don’t just try to chase a trend or trope for publication.

8.     Have you thought of venturing into other genres, i.e. contemporary or fantasy?

Actually, I have a YA fantasy standalone coming out in Fall 2015, just after Skandal’s release! Right now, it’s calledDreamstrider, and it’s like Graceling meets Inception—the main character can take control of people in her real world through the dreamworld, but bad things happen when the nightmares start waking up. I also recently finished drafting an extremely nerdy, fangirlish contemporary YA. Historical and/or fantasy tales are what I keep coming back to, however.

9.     Which character in your book would be your best friend if they existed in real life?

I love Yulia, but she’s strong-willed, sometimes to her detriment, and not really interested in making friends. Larissa seems like the sort of person you can trust your problems to, someone even-keeled and honest with you even when you’d rather she wasn’t.

10. Last question! What can we look forward to in Skandal? Care to divert some juicy information about it? *wink*

This is so hard to do without spoiling Sekret for those who haven’t read it! SPOILER ALERT, LOOK AWAY NOW! Possibly my favorite part of Skandal is exploring Yulia’s relationship with her father, and why he is the way he is now. We also learn some more of Valentin’s secrets, and Yulia has to make some really tough choices about who she is and what family, love, and country mean to her.

Find out more about Lindsay Smith on her website: http://lindsaysmith.net

To read my review for Sekret, the author's debut novel, click HERE.

Finally, the giveaway that you must have been waiting for! It is international! 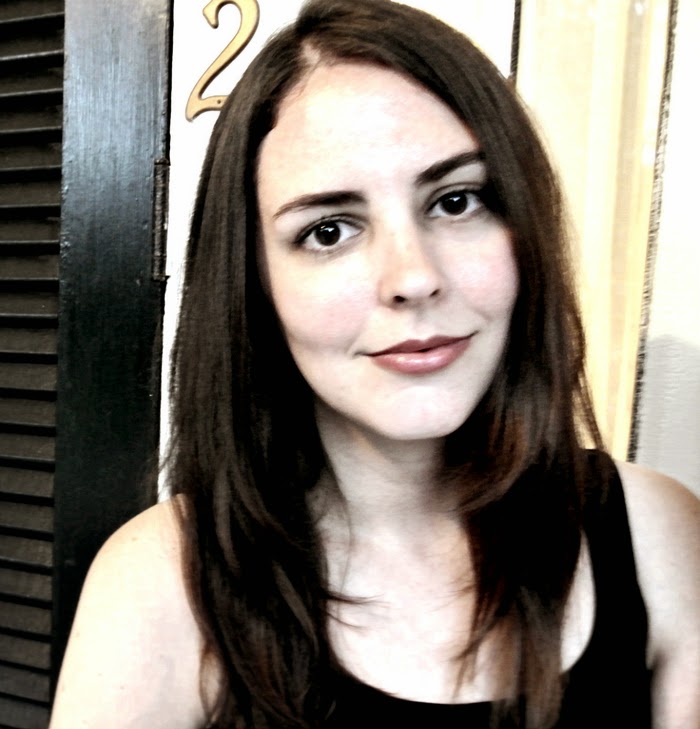 Lindsay Smith's love of Russian culture has taken her to Moscow, Saint Petersburg, and a reindeer festival in the middle of Siberia. She lives in Washington, DC, where she writes on foreign affairs. SEKRET is her first novel.
Posted by Unknown at 12:00 AM