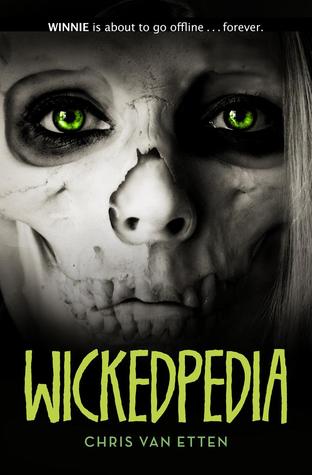 It's the return of Point Horror for the Internet generation! Don't open the door. Don't answer your phone. And whatever you do, DON'T turn on your computer. . . .

Cole and Greg love playing practical jokes through Wikipedia. They edit key articles and watch their classmates crash and burn giving oral reports on historical figures like Genghis Khan, the first female astronaut on Jupiter. So after the star soccer player steals Cole's girlfriend, the boys take their revenge by creating a Wikipedia page for him, an entry full of outlandish information including details about his bizarre death on the soccer field.

It's all in good fun, until the soccer player is killed in a freak accident . . . just as Cole and Greg predicted. The uneasy boys vow to leave Wikipedia alone but someone continues to edit articles about classmates dying in gruesome ways . . . and those entries start to come true as well.

To his horror, Cole soon discovers that someone has created a Wikipedia page for him, and included a date of death. He has one week to figure out who's behind the murders, or else he's set to meet a pretty grisly end.

I thought the title was quite cool and how they've used the concept of Wikipedia. I managed to imagine if the same thing would happen to me. The story would be quite good if the author has good writing skills. But I can't wait until 2014. I seriously can't. Someone give me a time machine NOW. But I must admit, the cover looks really spooky.
Posted by Unknown at 4:40 AM